Understanding Addiction: How Your Brain Works When You’re “Hooked”

Do you remember the classic government public service advertisement that warned, “This is your brain on drugs!”, followed by an egg frying in a pan?

We now know a lot more about how drugs can affect the human brain, which helps us in better understanding addiction and getting people the treatment they need.

What have we learned about how a brain works when hooked?

Your brain is filled with neurons that communicate with each other by sending neurotransmitters (message) via synapses to receptors. These messages tell neurons and, in turn, our brains to let our lungs know to breath in and out, as well as how to do complex math.

What drugs do when introduced into the brain is to trick neuron receptors into believing the drugs are neurotransmitters. This means that instead of the egg frying in the pan, the metaphor should really be mis-delivered mail. The neurons are actually getting the wrong messages.

Activation of the Pleasure Center

Another way drugs affect the human brain is by activating the pleasure centers of the brain. These include:

When you feel pleasure, the neurotransmitter dopamine is released. This can happen when you eat a meal, enjoying a move, and of course, having sex.

If drugs are introduced into the brain the levels of dopamine can greatly increase. Through understanding addiction, we know that these increased dopamine levels create that euphoric feeling that drug users crave and seek to obtain.

Addiction and Extensive Use

As you continue to use drugs, the brain becomes accustomed to the spike in dopamine created by the substances. Therefore, it takes greater quantities of drugs in order to experience the same sensations as first experienced. The problem is that if you take too much of a drug it can cause serious brain damage or even death.

The Consequences of Drugs and Long-Term Use

From understanding addiction better, we know that drug abusers often report that they feel the need to take drugs in order to feel “normal.” This could be because long-term drug use can lower dopamine levels in the brain in general.

That means that even when an addict is not using, it is harder to feel pleasure in things that once brought them joy. They end up feeling depressed instead.

Also, neurons can die-off completely with extensive drug use. Brain scans show in vivid color the difference in dopamine levels in a healthy brain versus a drug user’s brain.

Drugs can chemically change the composition of the brain, affecting the reward centers and dopamine release. This makes it very hard for the user not to want the drugs when trying to quit. Cravings occur because the brain learned that it wants the drugs and activates those reward centers.

Also, the brain learned cues that are associated with drug use. When these cues arise, that’s when the cravings occur.

Situations that cue drug use include, for example:

Understanding addiction helps us to better treat people who are in recovery, and also when they relapse. According to Harvard Medical School between 40-60% of people relapse when in recovery. However, they also note that the numbers are similar for those who don’t have an addiction but see a return of symptoms for other chronic illnesses.

Science has helped greatly with better understanding addiction and how it affects us on the cellular level. We can use this knowledge to treat people who struggle with addiction more effectively, as well as develop solutions for addiction as a society.

Counseling via Internet or In-Person? What Are the Benefits of Online Therapy?

Video conferencing, online meetings, and chat discussion groups have become the norm for getting work done in the internet age.

Autism spectrum disorder, or ASD, is complex and nuanced. Usually, there is not just one but several issues that affect a person with ASD. These can include symptoms related to the condition. Additionally, there also can be secondary symptoms.

How to Make It Count When You Reconcile After a Fight

Fighting with your partner is exhausting, both physically and emotionally. A big blow-up will leave each of you feeling drained. But life doesn’t stop when you have a fight with your partner. There’s still work to do, tasks to get done, and more. That’s w

Decreasing Your Stress with the Help of Therapy: How?

You feel stress every day of your life. It’s with you in the morning when you get out of bed. During the day it lies just underneath the surface, just waiting to rise up. Even unwinding in the evening can seem impossible.

Reaching Out Without Going Out

Humans are social animals. We’re wired to be together. Cooperation and fellowship are hallmarks of our character at the biological level. While recent social distancing guidelines and calls for self-quarantine may keep us physically safe 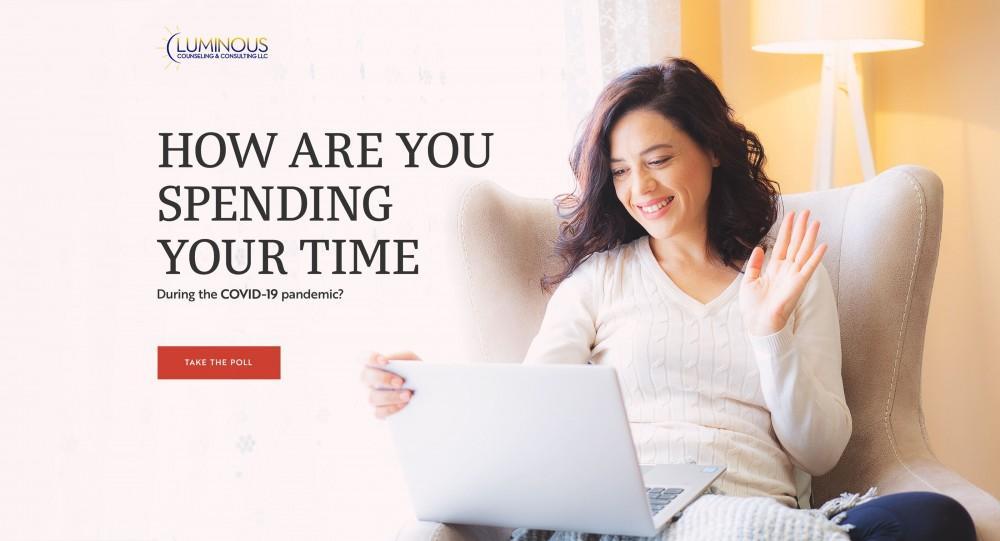 What are you doing during this time ?????